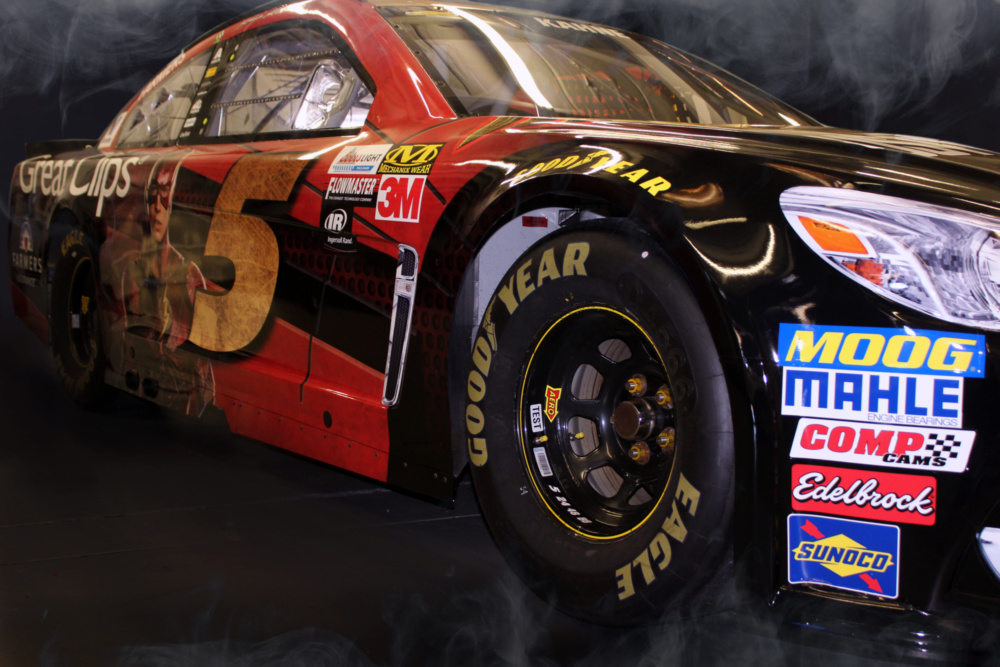 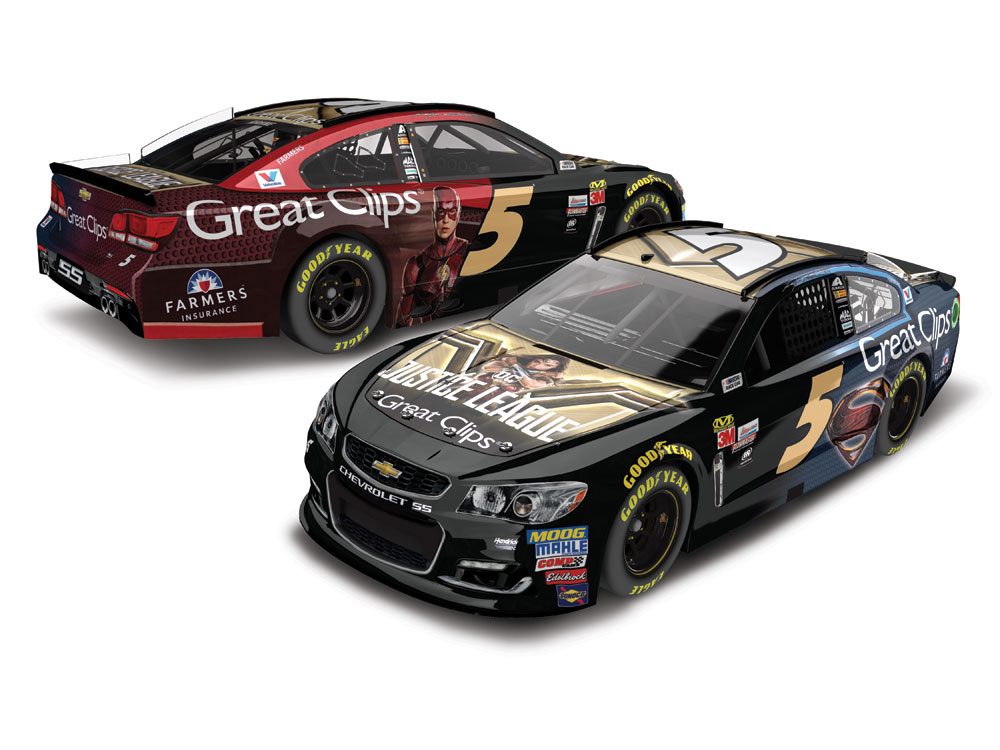 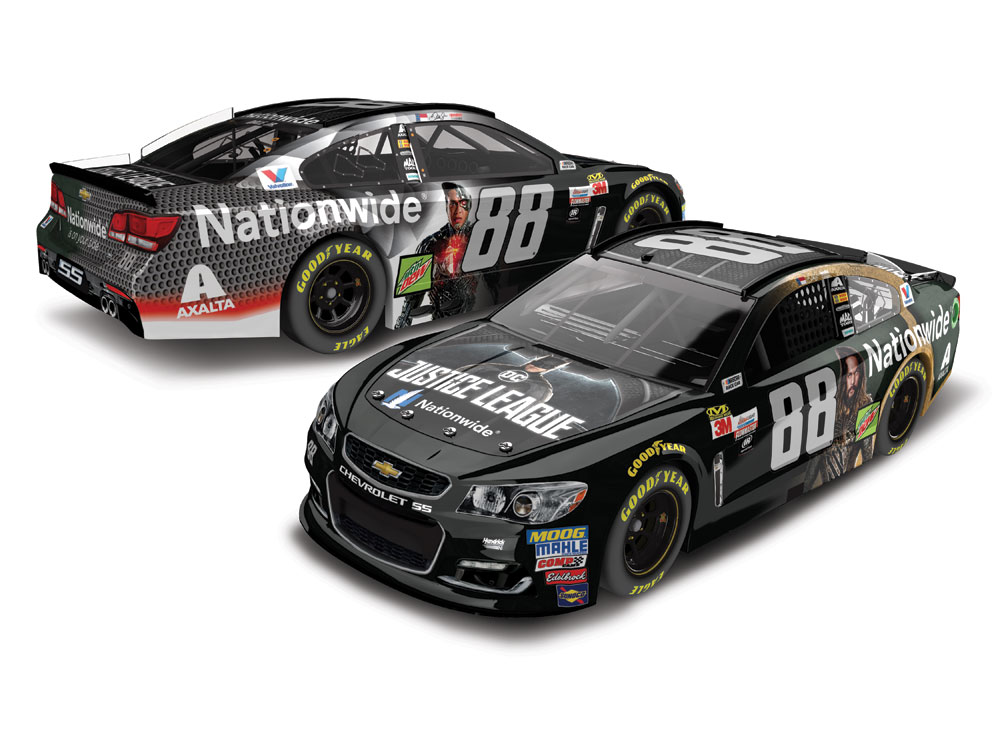 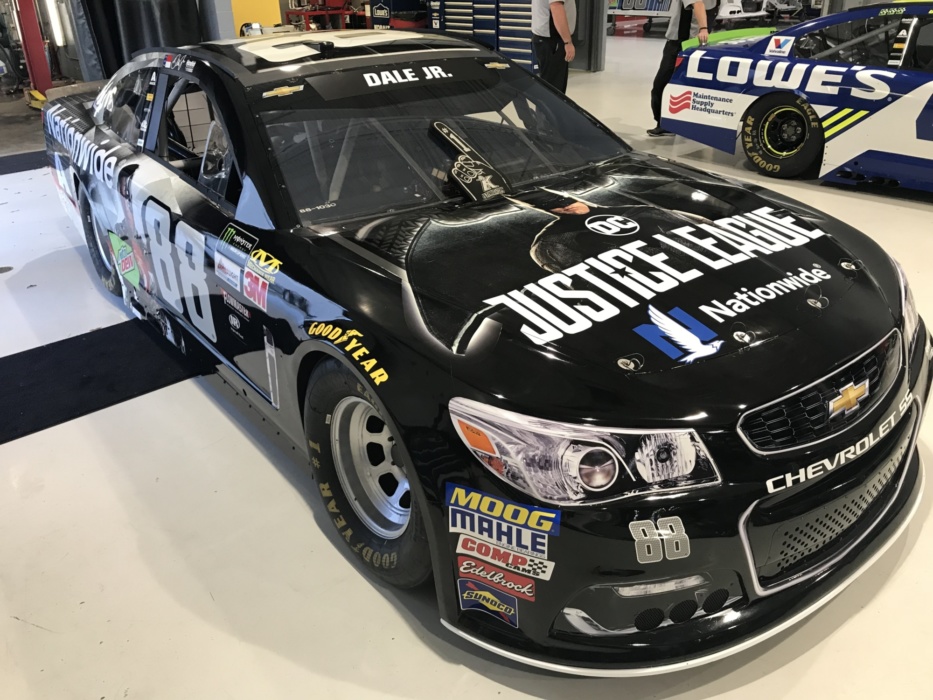 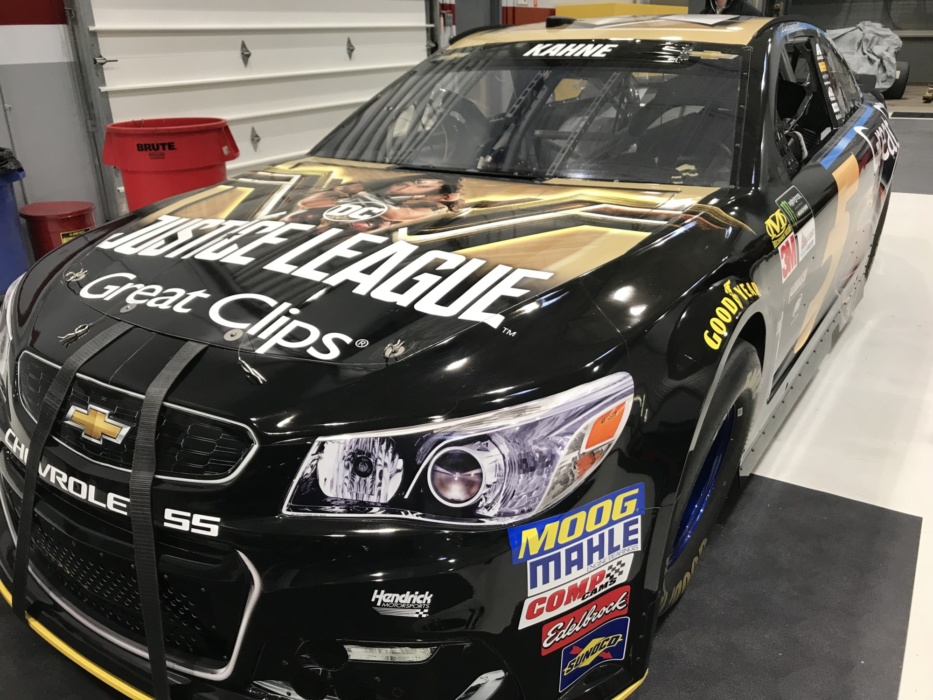 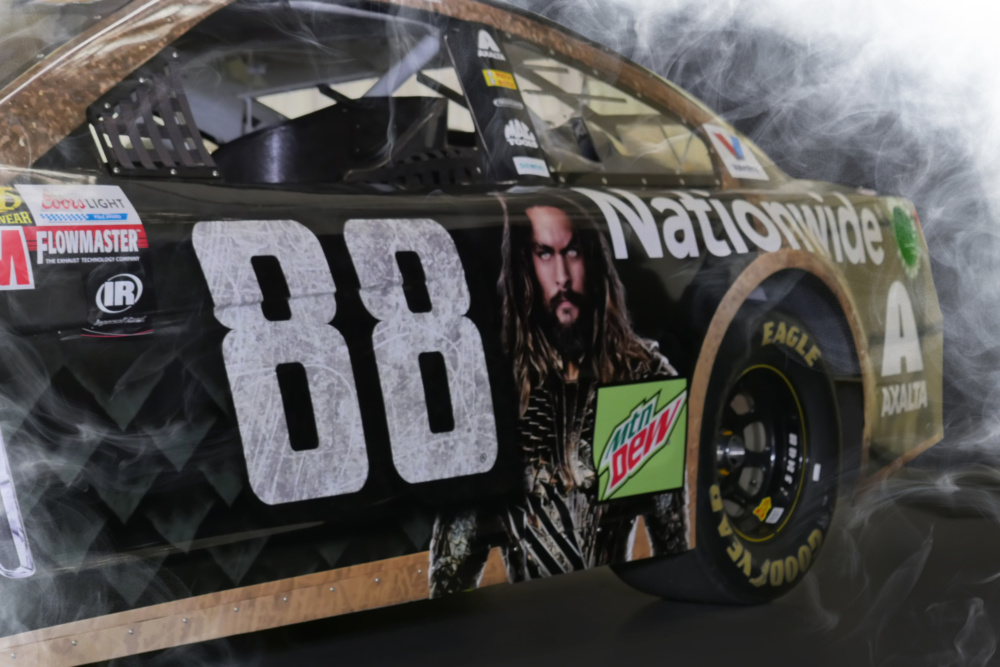 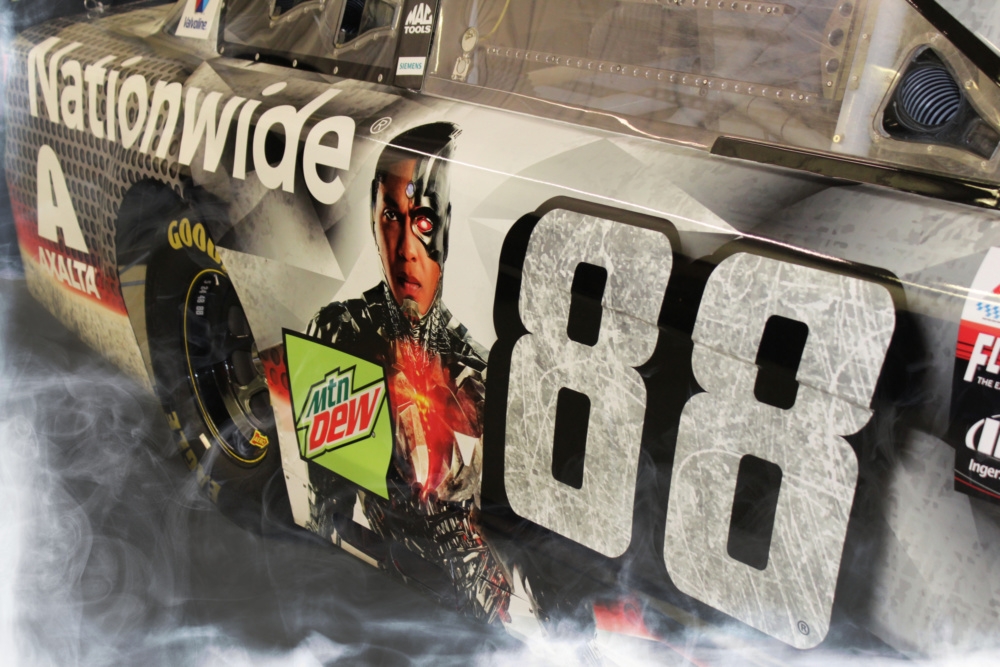 Faster than a speeding bullet. More powerful than a locomotive. It's not a bird or a plane - It's the Justice League themed cars from Hendrick Motorsports!

In November of 2017, Warner Brothers Studios lent the powers of the Justice League to Hendrick Motorsports drivers Dale Earnhardt Jr. and Kasey Kahne for the AAA Texas 500. The heroes came to life on the cars in a big way, featuring action-packed character photography and designs inspired by each hero's attributes and costume design.

For this project, I took the lead on art direction and design. After several rounds of designs and approvals, Hendrick Motorsports and Warner Brothers landed on the design you see before you. The actual vinyl wraps were produced in-house by Hendrick based off of my creative mockups.

Scale models of the cars were created and sold by Lionel Racing. Merchandise such as t-shirts and hats were also sold, which feature the cars as well.

Many of the photos and the sizzler video on this page were created by Hendrick Motorsports.