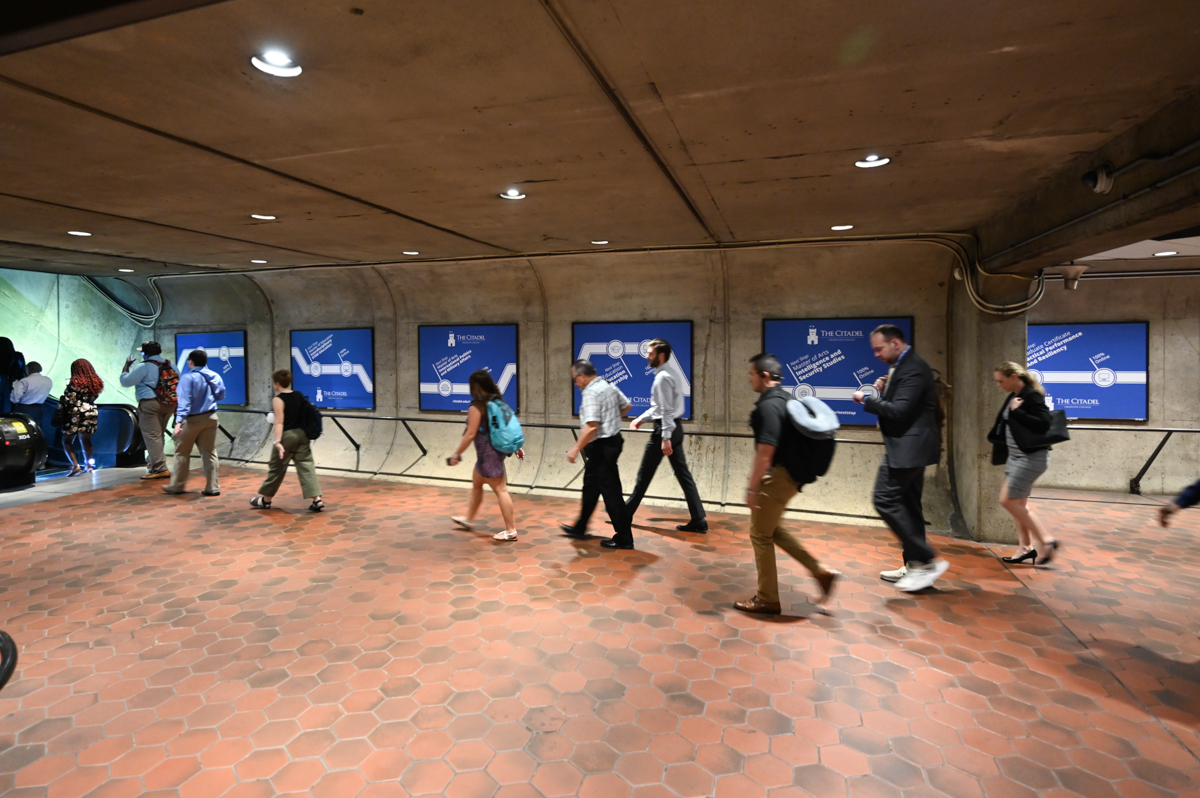 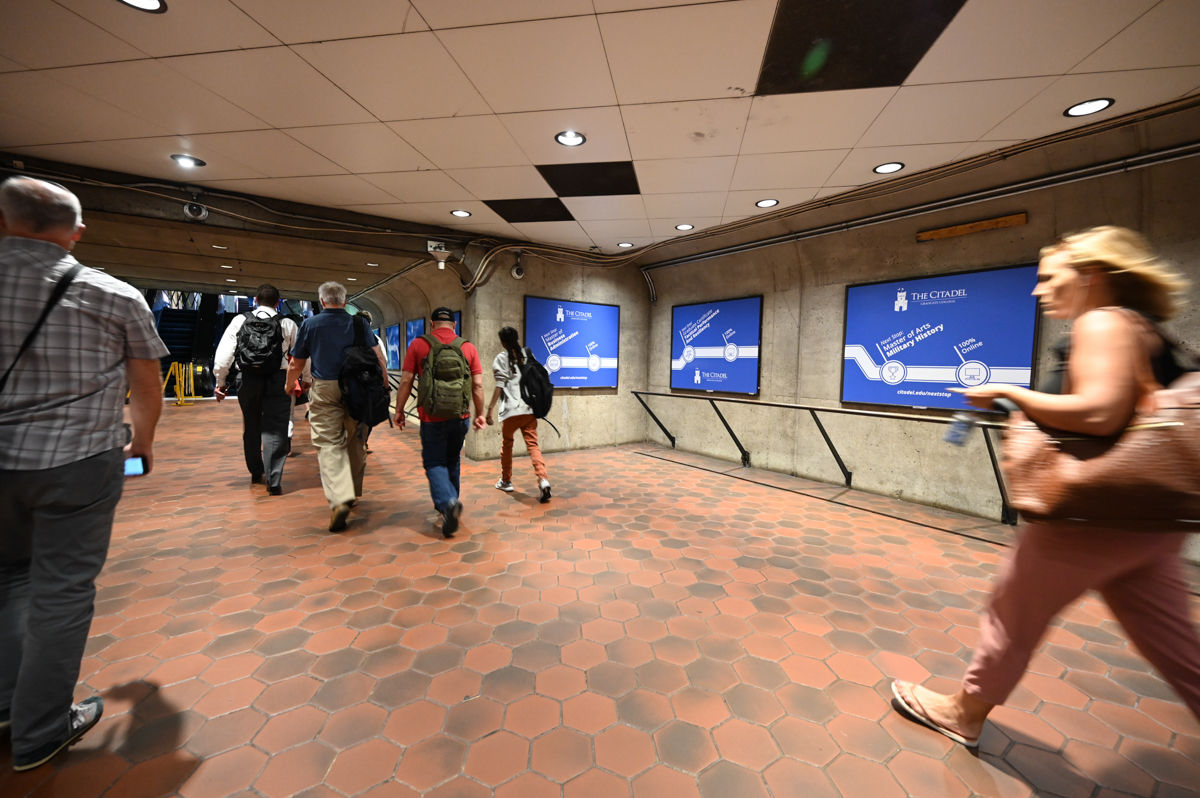 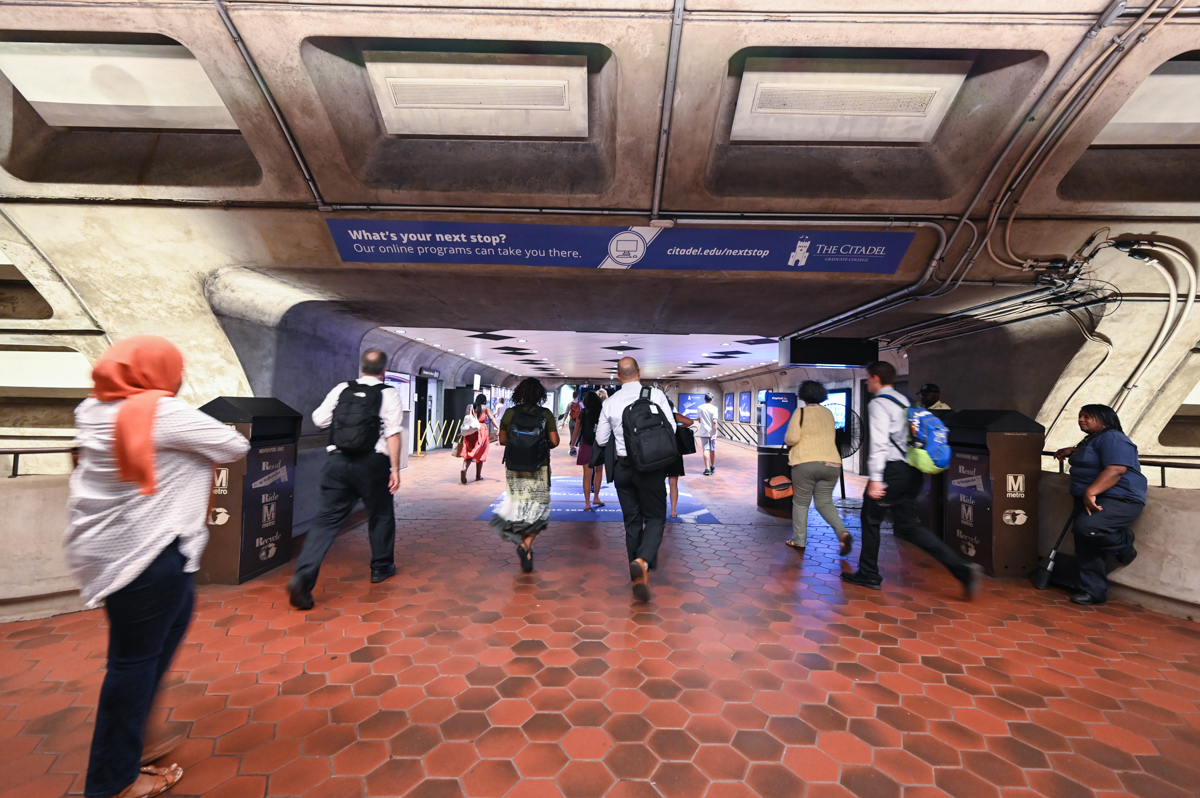 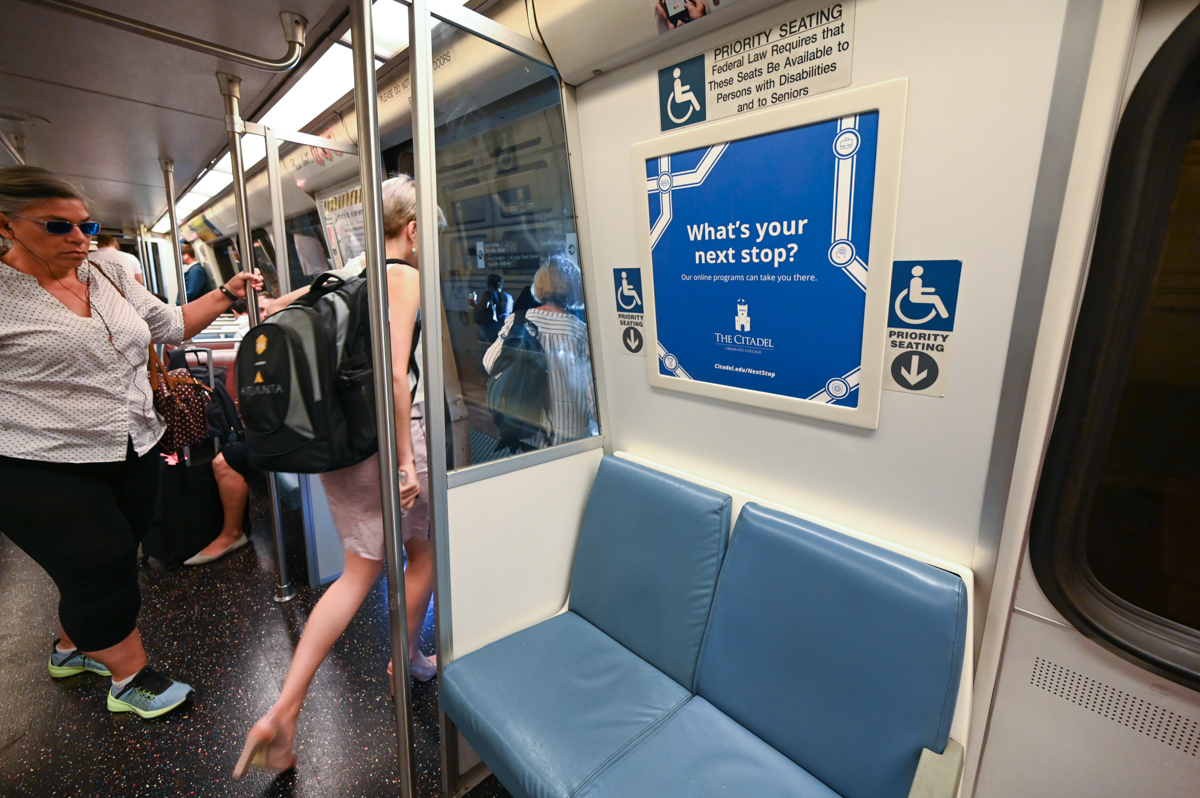 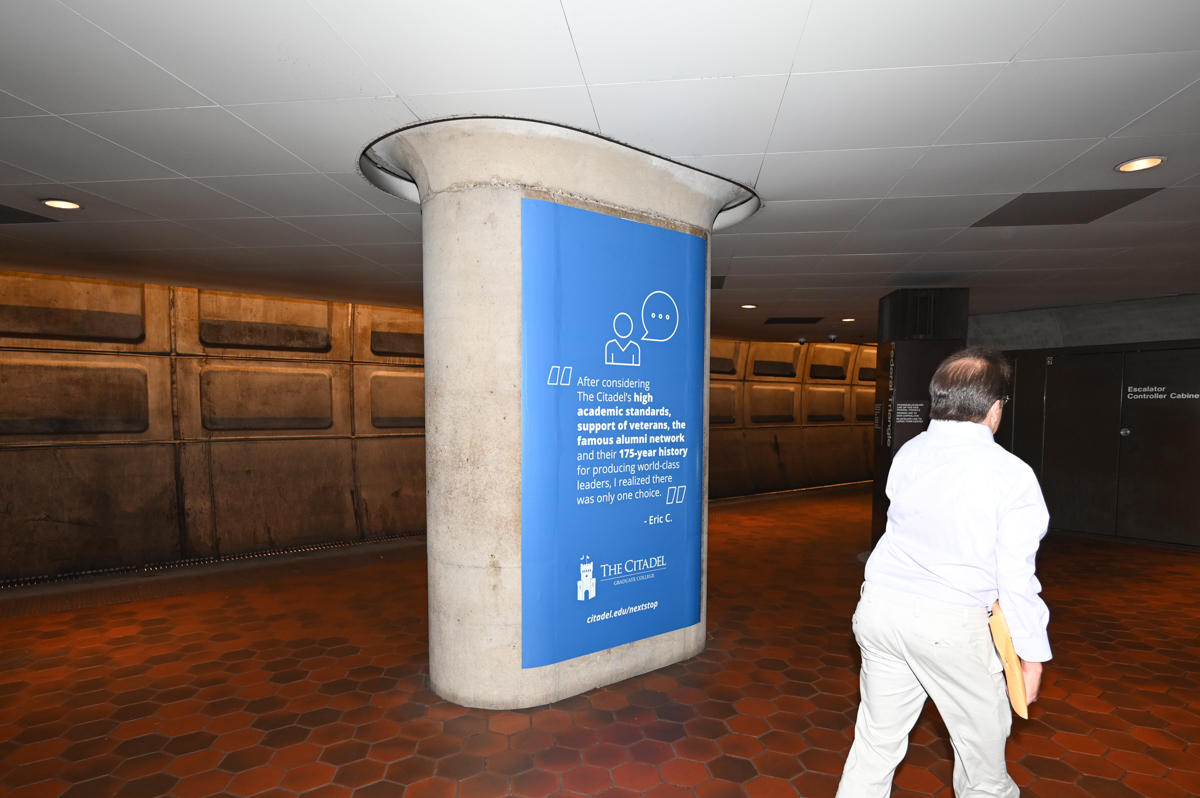 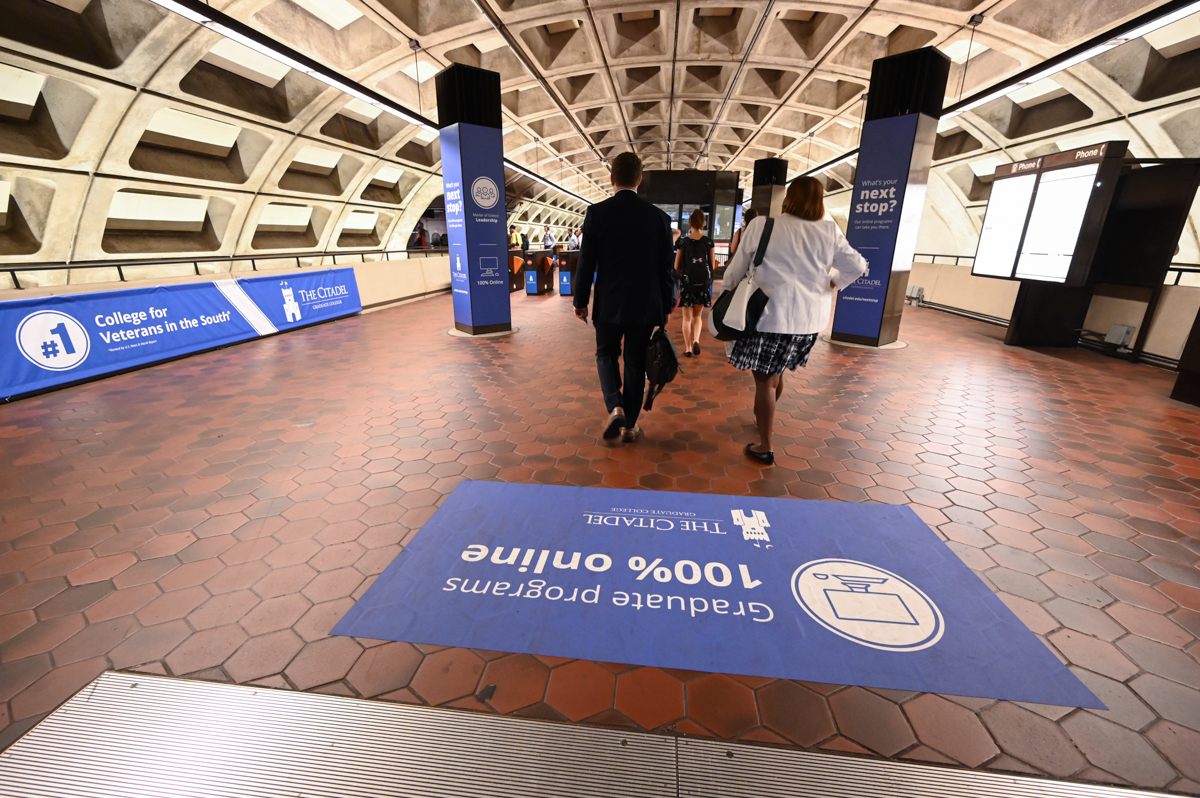 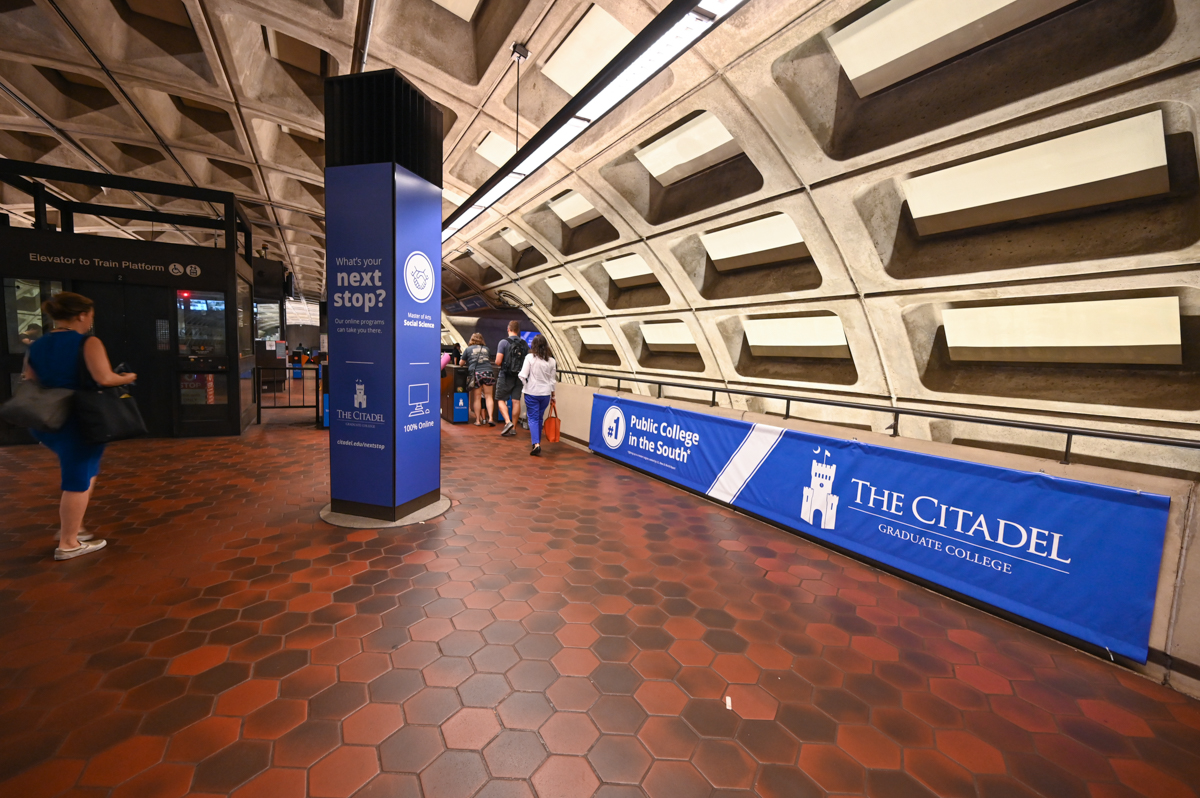 The Citadel, The Military College of South Carolina, has a long and proud history of educating both military cadets and civilians since 1842. The college offers graduate programs that are 100% online, and they wanted DC commuters to join the long list of notable alumni to come from The Citadel.

In the summer of 2019, The Citadel ran a "Station Domination" which is a complete takeover of the media within a Metro Station (in this case, the station was Federal Triangle). The campaign was a collaboration between the Marketing Department of The Citadel and Myself. They supplied the copy and general direction, while I directed the visual concept and overall design. There were nearly a dozen different pieces of media to design for, with an end result of over 50 different designs, which I concepted and produced.

This campaign was an extension of a 2018 campaign that I had done for the Citadel; a station domination at the Pentagon. This campaign received a Circle of Excellence Award from CASE (Council of Advancement and Support of Education).